The rapid growth in carbon offsetting shows no sign of slowing across either compliance or voluntary carbon markets. The ever-increasing possibility that more industry sectors and geographic locations will soon be subject to mandatory carbon offsetting is coupled with growing pressure from a wide range of stakeholders for businesses to reduce and offset their own environmental footprint. All organisations therefore need to consider how they are going to adapt to the future of carbon markets.

Compliance markets may affect you sooner than you think

More than 130 countries have already announced or are considering a target of reducing carbon dioxide emissions to net zero by the middle of this century. In 2021, China launched the world’s largest emissions trading scheme (ETS), overtaking the EU’s ETS. Other jurisdictions already operating or expanding their ETS include Canada, the USA, the UK, Japan, Singapore, South Africa, and many others. So even in sectors and jurisdictions where carbon reporting and offsetting is not yet mandatory, compliance markets may soon be on the horizon.

And new emissions trading schemes can come into effect sooner than you may expect. For example, the EU is currently considering a proposal for a new carbon border tax, payable from 2026, but that would require all importers to report on cargoes’ CO2 emissions from January 2023. Traders importing or exporting across EU borders could therefore have less than a year left to prepare their processes to monitor and report on the carbon emissions of every product.

Internal and external stakeholders are driving the net zero agenda at many organisations. Reducing an organisation’s carbon footprint is often discussed in terms of responding to consumer demand, but employees and shareholders are often just as involved in promoting net zero, whilst 80% of investors consider ESG policies when making investment decisions.

Organisations leading the climate agenda are increasingly paying attention to their Scope 3 emissions; the carbon dioxide that is produced across the rest of the value chain rather than within the organisation’s own operations. This could include transportation, mining or farming, packaging, and client operations. Organisations within your supply chain could therefore soon be expecting more information on your carbon footprint, as one survey found that 38% of companies currently report on some aspects of Scope 3 emissions and a further 24% are considering reporting on them in future.

Even organisations that do not report on Scope 3 emissions are still increasingly likely to demand better carbon practices in the near-term, and begin making business decisions taking greenhouse gas emissions into consideration. Supplier codes of conduct often already include ESG standards, and industry discussions frequently include how their use is likely to grow in both codes of conduct and RFPs. Now, control over your carbon data may be a contributing factor in counterparty decisions, but if current trends continue, it could soon be a critical factor in securing those contracts at all.

Banks and trade finance partners are also assessing their climate impact outside of their own walls and beginning to offer preferential rates for some “green” trade finance deals. Getting in on the ground floor for facilities like this can be an advantage in the short term as they lower the cost of capital, but can also provide a longer-term advantage by ensuring your organisation is in a prime position to take advantage of future developments in the space.

There is also a growing urgency to understand carbon data in the risk management field. With the global rise in mandatory pricing schemes and reporting regimes, many companies are now setting internal carbon pricing. And two thirds of these do so for risk management purposes, so that they can make decisions based on the risks and potential prices of carbon in the future.

The risk of inaction

The pressure to reduce carbon emissions and engage in voluntary offsetting is occurring in large part due to the urgency of the climate challenge. Climate-related natural disasters have tripled in the last 30 years, and progress towards the Paris Agreement’s goal of limiting global temperature rises to 1.5 degrees C is not being made quickly enough, with none of the 40 indicators on track to meet 2030 targets.

For every year that targets are missed or progress isn’t made, the resulting changes to meet the target need to be more drastic, meaning that there is a time value of carbon, with actions in the near term creating more value on a global scale.

As well as this compounding effect of near-term emissions pushing the globe closer to its long-term CO2 target limit, there are risks to the businesses that do not act to reduce or offset their carbon emissions. As with many dramatic business shifts, innovation can be valuable, and those at the forefront of technical or strategic change can leverage their position as first movers. And as the gap between innovators and laggards grows, it becomes increasingly difficult for businesses to bridge this gap and they risk falling behind; a consideration for investors as well as businesses.

In the long-term, compliance carbon markets are designed to provide a financial incentive for organisations to decarbonise their operations. And decarbonisation legislation can certainly have a significant financial impact. For example, under the proposed EU carbon border tax, steel producers within the bloc could be paying approximately €11 billion per year by 2030 if they continue to emit today’s levels of CO2.

However, in the shorter term, there are more decisions to be made, as using carbon markets to offset emissions may be cheaper than investing in technology that reduces real emissions. This calculation has many variables and can change quickly depending on technological capability, the price of carbon in a volatile market, and ever-increasing regulations. This means that the best financial course of action could change at any time, and organisations that are not currently working to reduce their carbon footprint or engaging in carbon markets are exposing themselves to an unquantified risk if they do not regularly assess these different variables.

Acting as an early mover

Whether your organisation is looking to reduce carbon emissions, engage in offsetting markets, or a combination of the two, it is important to begin soon. Other organisations are already making progress in the space, and there are both advantages of being an early mover and risks from moving slower than the rest of your industry.

Offsetting emissions is the only practical solution for most organisations to reduce their greenhouse gas emissions to net zero, even if they are taking steps to reduce real-world emissions. And with the growth of both compliance markets and voluntary carbon credit markets, organisations need to have the systems and processes in place to manage carbon sooner rather than later.

Your business needs to understand its carbon position, and the legislative, financial, and reputational risks that carbon emissions pose, not only now but as the volatile situation continues to change in future.

The good news is that there are already technological solutions available to help you manage your carbon operations. NetZero OS from Gen10 can help your organisation across the entire credit lifecycle, from investing in projects, to purchasing and selling credits, to retirements, with all the pricing and inventory support you need to understand and manage inventories and positions for every credit’s unique attributes.

If you’re ready to find out how to improve your own organisation’s carbon capabilities, get in touch with us today. 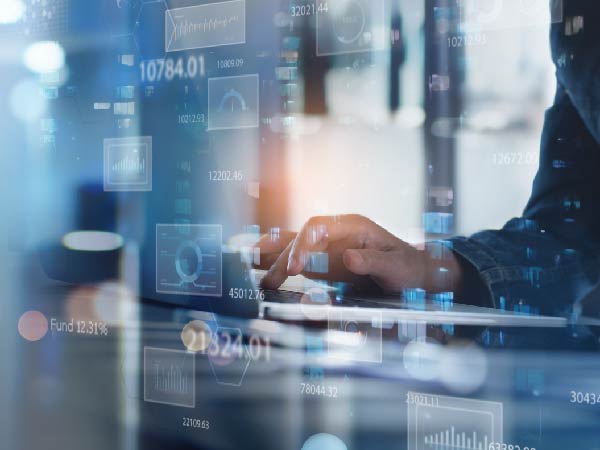